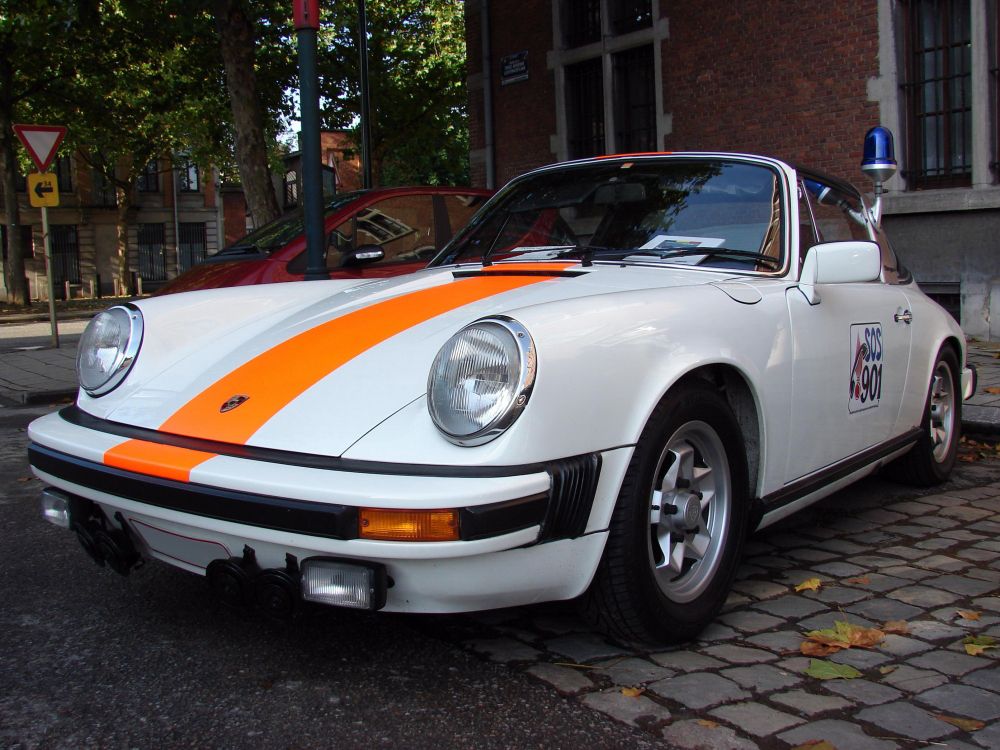 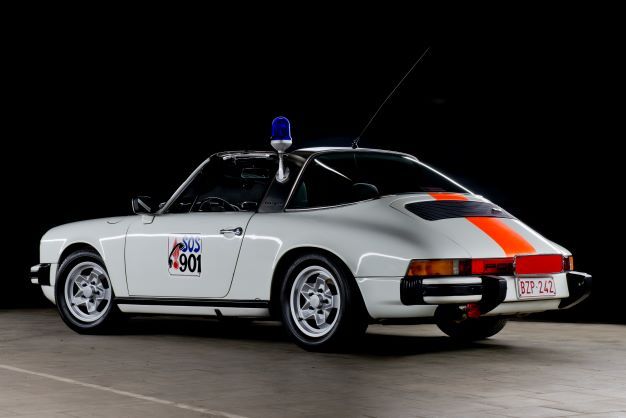 In 1973 the Belgian Highway patrol ordered 20 Porsche 911 E Coupé’s to monitor the traffic on the highways.

Most other countries (Holland, Germany…) had ordered Targa’s for their patrolling officers.  Reason being that the co-driver could stand up on the seat facing traffic and monitoring traffic.  Most of the time the cars were used on the emergency row driving in reverse towards oncoming traffic in order to warn them about upcoming traffic jams.

Why the government and the Belgian Rijkswacht decided to buy Coupé’s instead of Targa’s does remain a mystery.  Also they decided to go for the E and not the most sporty and fastest version being the S.  This had probably to do with some kind of energy saving spirit.

Fast forward to 1976.  The first series of cars had served the Police very well and the cars were up for replacement.  Most of them having done up to 500 k Km’s.  Only a couple of these early 911 E’s do remain.

Before ordering the next batch of car the head of Belgian Police sat together with D’Ieteren and as the Police did not want to give the civilians the impression they had the fastest cars they settled for the 911 small body Targa. After some, probable informal, contacts with Porsche, some 20 Carrera RS type 911/83 engines were still found. Therefore it was decided to order these small bodied 911 Targa’s but with the state of the art 210 bhp legendary Carrera RS engine.

Thus a series of twenty cars with their own chassis number sequence saw the light.

The Targa’s were equipped as Police cars, meaning they received a blue gyrophare, the sirens, the stop signal, the CB radio etc…

Thus equipped with the targa roof these small bodies cars were really fast.  They were as fast as the 1973 Carrera RS.

Therefore the police officers eligible to drive those cars were sent on intensive car control courses and never the less some cars were involved in bad accidents.

After the 1976 batch of cars the Belgian Police did order a final series of 20 cars over the years 1978-1982.  These cars, although have the wider Carrera body, were SC’s.  The first ones only having in the region of 180 bhp and the last ones having the 204 bhp engine.  These cars, although very strong and reliable, were by far not as fast as the 1976 cars.  Therefore the 1976 remain the pinnacle of the Belgian Police Porsche’s.

This particular car was stationed in Wallonia and has served the police for quite some years.  Back in the early nineties the car was bought on an auction held by the “registratie van domeinen” (a government institution dealing with the selling of some government property).  It was bought by a restoration shop who wanted to use the car as a showcase for their activities.

The car was featured at the time in a French Porsche magazine called Flat 6. Seeing the car at the time made the actual owner wanting it, but funds were not available at the time.

Finally the restoration shop sold the car to an enthusiast in the region of Tournai (Belgium).  He kept the car in lovely condition until he decided to sell it.  The actual owner was informed of an announced sale on ebay.

He contacted the owner and a meeting was set up within the week.  Looking and inspecting the car it was obvious that this was the “real deal”.

An agreement was made, an account paid and a pick-up date was decided.

Once the car in new ownership it was completely checked over.

Rather disappointingly some rust problems were discovered as well as some serious oil leaking of the magnesium crank case.  It was decided to bring the car back to its original glory.  Therefore everything was thoroughly checked on rust issues and they were all attended too.  A NOS blank magnesium crankcase was found.  Thus the engine was completely rebuild on this new crankcase bases.  The original engine of the car is kept in storage and the new crank case has not been number stamped.

This 1976 Rijkswacht Porsche Targa is probably the only road registered surviving car of the twenty made in 1976.  A second car does reside in the Gallerie D’Ieteren in Brussels but this car allegedly is not supposed to be driven on the public road.

Being one of twenty does make the car rather rare, moreover being the only one of two surviving that is still driven on the road makes it absolutely unique. Also considering that it is the very last car build by Porsche with the legendary Carrera 2.7 RS engine.

The car has been invited to numerous events and is all the time it is a show stopper. A couple of times it was seen at the Porsche Days in Francorchamps, it was twice invited at the Police parade in Brussels.  Driving the car through the capital,  with sirens, through red ligths,  was an amazing experience.  It was showed in Autoworld Brussels and was invited on a show in Rosmalen (Holland). On the first Belgian public appearance of the Panamera in Knokke (coast side) the 1976 Police Targa was asked to open the road for the fleet of Panamera’s driving around.  The Porsche Classic Club did ask for the car on the Antwerp Old-timer show.

In 2012 the car will also be show at a couple of exhibitions but most of the time will be used as it was intended, on the public road.

Above the Porsche AG specification sheets for the 1976 Police Porsche’s.  Hereafter is the Fahrzeug Auftrag for the 1976 Belgian Police car, where one can clearly see that the RS 210 BHP engine is specified.

In the Carrera MFi book of R. Snodgrass (Parabolica Press) 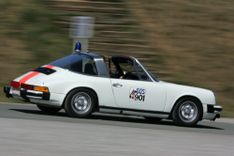 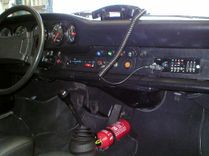 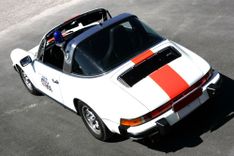 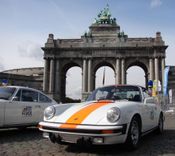 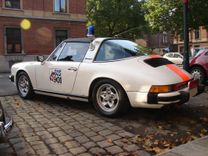 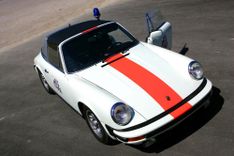 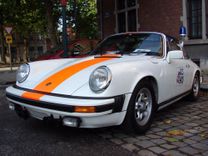