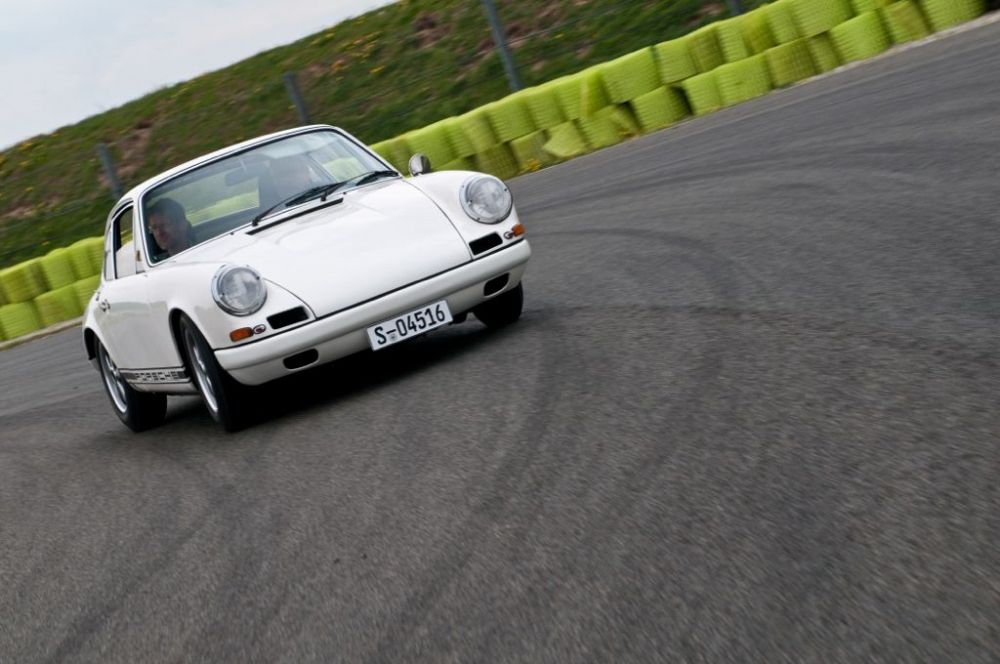 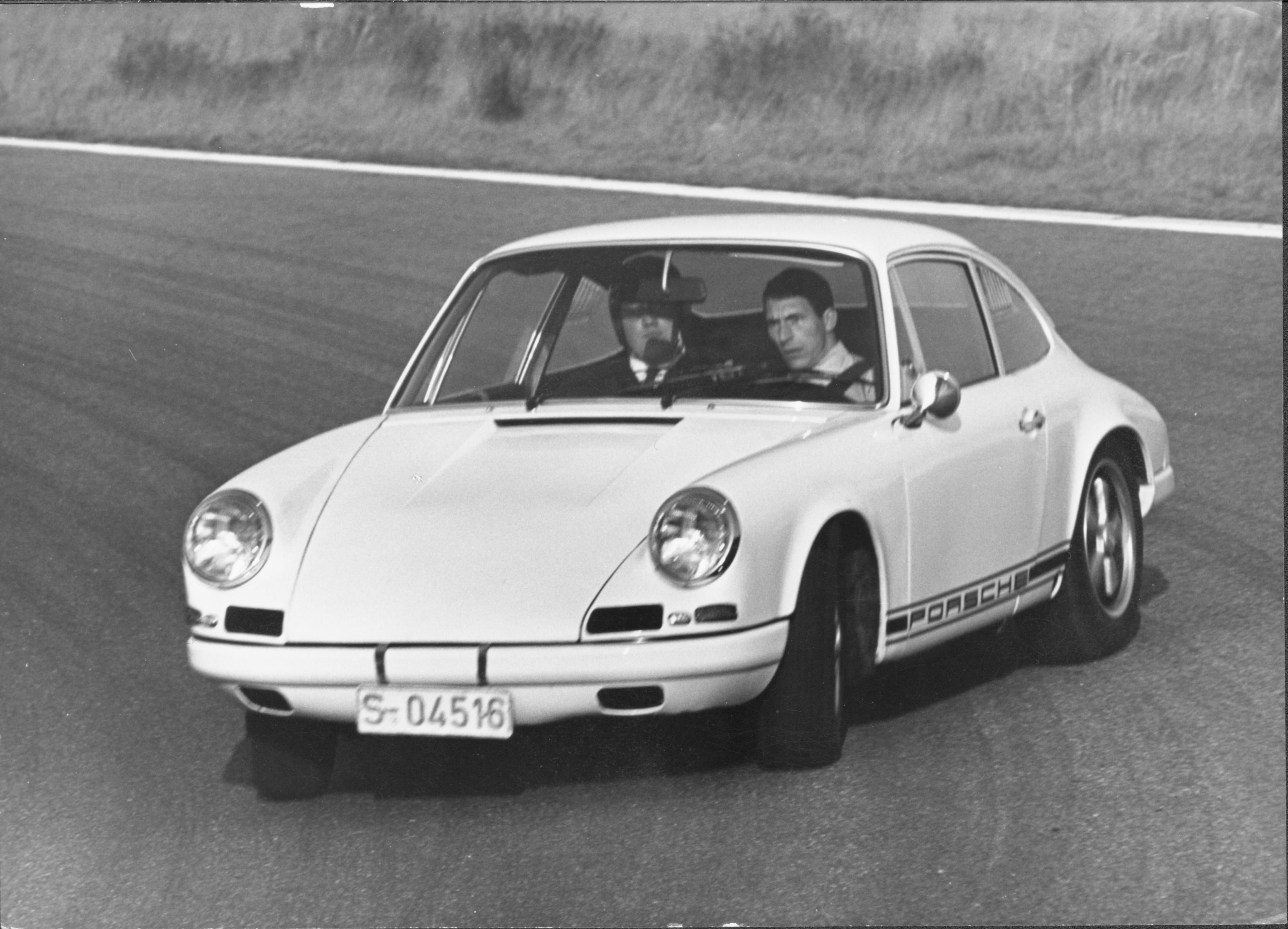 Much of the following information is courtesy of the Porsche Factory Archivist, Jens Torner and former archivist Jürgen Barth. The families Daolio and Ronzoni have been material in adding historic insight in the Italian/Ehtiopian days of the car.  Additional details and information are provided by John Starkey and Mr. Jun Euda. In March 2007 this information has been updated from book sources[1] as well as close inspection of the car

Spannagel oversaw the suspension and gearbox.  Weber and Binder were given engine assembly oversight and Both Knoll and Schröder saw to the completion of a hand assembled body by the private firm of Karl Bauer.

The body was built to the 800kg configuration formalized during a meeting also on June 20th, 1967.  Engineers Weber and Binder in compliance with the department meeting initially fitted a type 901/22 (210/220bhp) engine with engine number *508 0004* and a gearbox with number *928 4012*  The engine number and gearbox numbered recorded by Herr Weber and Binder are those first fitted to chassis 118 9 9002.  A variety of different gearbox and engines were fitted to 118 9 9002 during the next 23 months while the car was under the retention of the Porsche Factory Race Department.

Porsche's construction records, record that 118 9 9002 would be a "non-conforming" prototype race car and similar in design and construction to the additional 19 examples.  Sequentially this was the 2nd in the production series but according Porsches records the first completed.

The Porsche Race Department production team requested that assembly begin no later than the 1st of September and requested a completion date of December 1st.

Chassis 118 9 9002 was in fact completed by the Porsche Race Department nearly a month ahead of schedule on November 6th, 1967.  It is recorded that the car was painted "Light Ivory" using color code (6804B) which was later listed in as a standard 911 color in the 1969 production records.

It did serve as back up car (for chassis number 001, as the original 906 due to make the record run broke down earlier) for the Monza record run on October 31 st 1967.

“Peter Falk recalled clearly the deadline: “The world record rules particularly specified that the attempt can be repeated within 48 hours.  By Tuesday, 31 October, 10 pm at the latest a new car had to stand at the start line.

Two of the first production 911 R vehicles were in the experimental section in Stuttgart. The start line was in Monza, 400 km due south – kilometers measured as the crow flies, not as a transporter drives.”

“Falk proposed that Heinz Baüerli, the company’s chief mechanic, and Albert Jünginger would drive the spare parts car while he and Paul Hensler followed in the actual record-attempt car.”

More proof of the fact that 002 served as back-up car is the annotation on the Kardex of the car.

In December 1967 this particular car (002) was driven by Vic Elford at the Hockenheim Press day.

Chassis 118 9 9002 was then given road-registration.  It was thereafter extensively driven, tested and raced over the following months until being damaged sometime before November 1969.

The car was sold by the Porsche Race Department to Dr. Daolio minus engine, gearbox and seats.

Dr. Daolio purchased a new Type 901/22 (911R) Engine with engine number *508 0022* and 911R gearbox (gearbox number not recorded.)  Dr. Daolio also purchased a matched set of "Scheel" racing bucket seats. He had these fitted to the car, both left and right.  Dr. Daolio then road-registered the car on Asmara Plates and used the car as private transportation as well as in a limited number of local events.  Dr. Daolio and country man Nino Ronzoni did race this car.  In the meantime pictures have been found of Mr. Ronzoni driving the car (race number 2) at the “XII Circuito di Taulud” in Massaua (Eritrea) on the 28 th of December 1969.

In 1980, Dr. Daolio retired.  He then returned both the car, his family and himself back to Italy where his family still resides.

In late1984, Porsche Collector Jun Euda of Tokyo, Japan contacted Dr. Daolio and agreed to purchase the car.  It was then shipped to his home in Tokyo, Japan,  Mr. Euda first insured and road-registered the car there for his personal use on January 9th, 1985.

In September of 2006 after 22 years of secluded ownership this car was sold along with several other vehicles from Mr. Euda's collection to Symbolic Motor Car Company, La Jolla, CA.

On October 16th, 2006 this car cleared US Customs and arrived at Symbolic's service and restoration center.  The car was carefully inspected and weighed.  The mileage upon arrival was recorded at 32,969kms.  The car weighed in at full road-legal trim at 820kgs / 1808lbs.

This car remains exactly as first privately road-registered in December of 1969.  Over the past 38 years, this car has received only scheduled periodic service and maintenance.  It has never been restored.

In  February 2007 it arrived in the collection of the actual owner.  Before even starting the car all the mechanicals were thoroughly checked.  Every part, bushing, rubber, tube that was worn, due to old age, has been replaced by “period correct looking” parts.  All the original parts, taken of the part have been kept in separate boxes.  Oil and gas circuits have been thoroughly cleaned, checked and put under pressure to make sure that they did not leak.  Brake lines have been checked, brake pads changed (original kept), etc…  Major checking work had to be done on the electrical circuit.

Everything that has been replaced has been researched as to find the exact period looking match, so that optically the difference is not noticeable.  This thorough job did only serve the security and wellbeing of the car and its driver.

The few, non-original parts on the car, such as the Fuchs wheels have been changed with the correct type of wheel, with on top of that the correct date stamp on them.  These Fuchs wheels were sourced in the USA, and later it was found out that Harvey Weidmann (the well know restorer of Fuchs wheels) had sourced them. Basically he found them still boxed in the original Porsche boxes with the original spacers.

The original taillights (that have been kept in storage)  have been replaced by the correct type of Hella lights.

The only part that needs to be sourced right now is the correct type of Momo Monza steering wheel.

During the summer of 2007 the original engine was taken out of the car.  The original magnesium crankcase (901/22) is stored in an barrel filled with oil, so as to prevent the magnesium to deteriorate due to the humidity in the air. A replacement aluminum NOS 2.0 liter crankcase was found and the engine was completely rebuild.  The top of the engine is still original so from the looks it can’t be distinguished from the original.  The NOS engine crankcase does not have a number stamp, this is deliberate as not to add to confusion.  The dyno testing of the newly build engine showed a maximum 216 bhp, which is astonishing as it is even more than the 210 bhp of the original 1967 dual ignition engine.

The next important venue is that the car went to the Abbeville race track (northern France) on April 15 th and 16 th 2008.

The legendary race and  Porsche “werksdriver”  as well as among others two times Le Mans winner Gijs van Lennep was invited to drive the car around the track.  Judging from all the pictures that were taken, and having talked to him on and off during the two days he really did enjoy the nimble 911 R.

This 911 R, he drove at Abbeville, is indeed a sister car of the one he drove together with Vic Elford to class victory in Mugello in 1967.

The car has been driven sparsely in the recent years, and has only been on private trackdays.

In 2013 the car went on loan to the Porsche museum to be part of the “50 year 911” exhibition. On October 26 of the same year the owner and his mechanic were invited at the museum for the sound night.  Indeed one of the cars that were started up at the “sound night” was this particular 911 R.

2016 is the year were the new 991 R is presented at the Geneva Car show.  This car 002 R was the car that was used in the 991 R brochure as well as the video’s to promote the “old and new”.  The photos were taken on the Sustenpass in Switzerland, in September of 2015.

In the beginning of April 2016 Porsche asked the car again to do a photo shoot for the 2017 calendar.  There again car 002 R will be positioned besides the 991 R.

In June of 2016 the R was featured in Goodwood during the Festival of Speed.

The highlights in 2017 have been the invite at the Porsche Days in Francorchamps for the display and the video made by Porsche AG in the workshop featuring the 911 R.  The video has been released by Porsche on 03.08.2017.

Coverage of the 911 R in the specialized press:

Author Bart Lenaerts and his wife Lies De Mol (photographer)  were material in the writing up the “road trip” story form Stuttgart to Monza to commemorate the Monza record run in 1967 (exactly half a century later).  The current owner went to Stuttgart to pick up his new 991 R (also in light ivory or “hellelfenbein) and took his 1967 Porsche 911 R with him.  So delivery of the new car was commemorated with the old car. Thereafter both cars took off to Monza, much as did the old 911 R back in 1967.

The description of the road trip from Stuttgart to Monza appeared in Christophorus (the Porsche AG magazine).

In the meantime a book “911 LoveRS” has been published by Delius Klasing and written by J.Lewandowski and B. Lenaerts.  In this book the road trip has also been fully documented.

On September 5 th 2021 the 911 R took first prize (best original car)  in the categorie of the sixties sportscars at the Antwerp concours d’elegance at the Castle Belvédère in Wijnegem Antwerp. 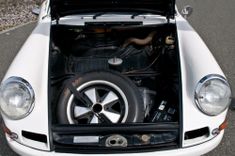 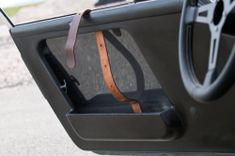 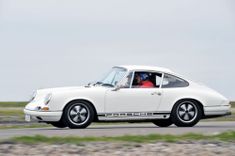 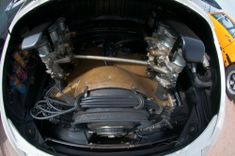 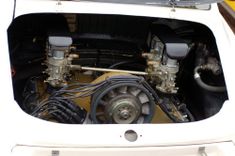 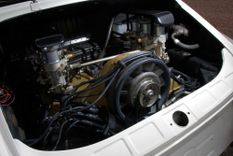 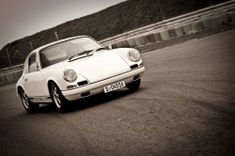 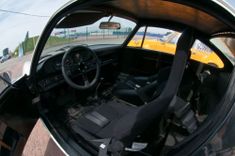 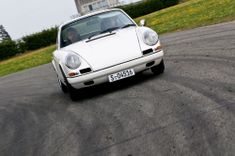 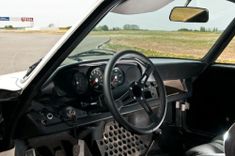 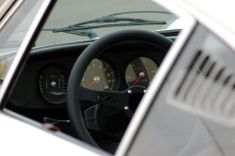 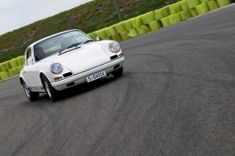 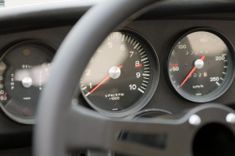 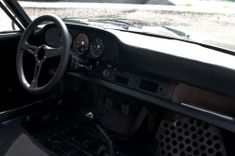 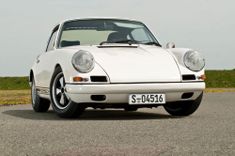 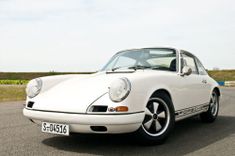 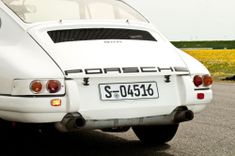 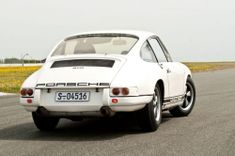 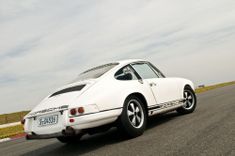 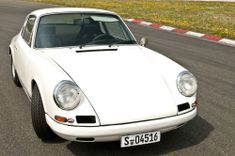