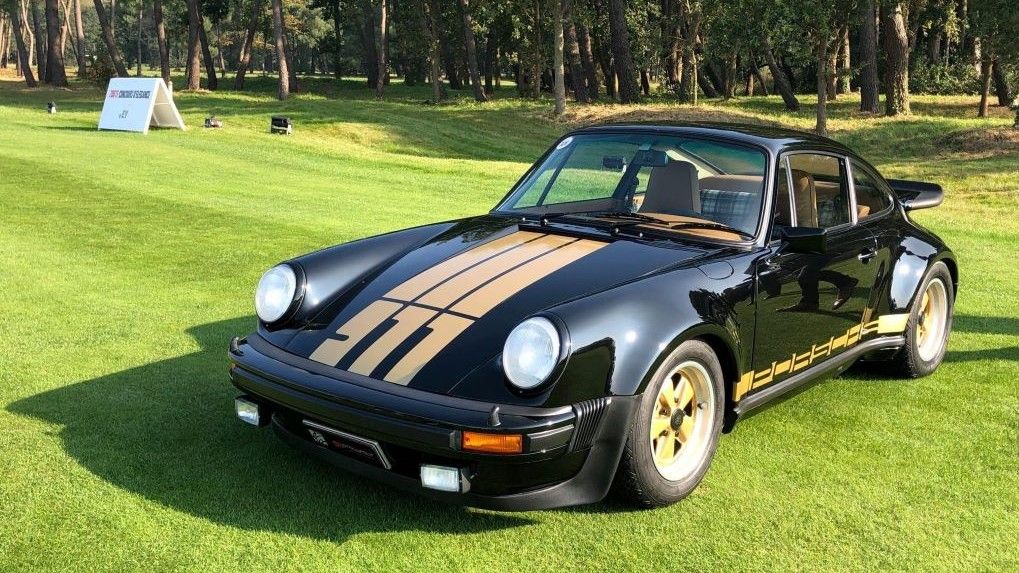 The 911 Turbo, internally code named 930 was introduced in Paris late 1974.  Most people at the time did not understand the move as the world economy suffered its first oil crisis.  People were starting thinking about “saving fuel” instead of gas guzzling cars.

The Turbo was going to become the flagship of the production series of Porsche.  Therefore they were very well equipped.  They had like an all leather interior, with thick plus carpets.

Most were equipped with a “state of the art” radio system.  They had like a new cockpit heating system etc…

This particular car was ordered in Italy in Black and the original owner did not want a complete leather interior.  He chose the tan leather with the tartan cloth insert in the middle part of the seats and the door panels.  This finish does give the car a great period look.

The gold Porsche striping and the gold pained Fuchs inserts are non original to this car.  But the owners grandfather used to have a 1975 930 Turbo in black with a tan interior and gold Porsche lettering as well as golden wheels.  On top of that his car was equipped with what they called at the time “security striping” on the front hood.  Tree golden stripes with on the bottom edge the 911 lettering.

The current owner of this car did want to make his black 1975 Turbo look as close as possible to his grandfathers car.

As said above the 930 3.0 Turbo’s were a handful to drive, especially because of the Turbo lag.  Indeed Turbo charging was a technology that was used in the airline business.  On airplanes this made a lot of sense as they fly on high altitude (thus less Oxygen) and they fly at a constant rpm.

Both of these conditions are not met in a car.  Porsche did have quite some experience with Turbo charging as they used in in their 917 Can Am and Interserie cars (1973-1975).  The Porsche engineers more or less mastered the Turbo charging and its inconveniences for street use.  But the early Turbo’s remained “real man drivers”.

The chassis of the 930 was also up to the task and much better than the chassis setup of the previous cars.  The brakes were bigger and were direct descendants from the monstrous 917 race cars.

Apart from the fact that the 930 was set into the market as a luxurious top of the line model for Porsche it was also considered as a “Super Car”.  It was probably the most down to earth and the most accessible “Super Car” there was.

Porsche also used the 930 to develop their 911 race car program.  In 1976 they simultaneously offered the 934 (Group 4 race car) to their racing clients, and made the 935 (Group 5 silhouette race cars) to compete for themselves.  In 1976 Porsche together with Martini as main sponsor conquered the Group 5 series.

So the 930 Turbo was the top of the line model and also the bases for a very successful 934 and 935 campaign in racing. 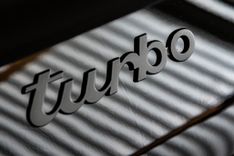 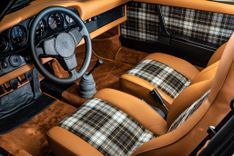 Certificate of Authenticity from Porsche

Many receipts from new, including recondition,