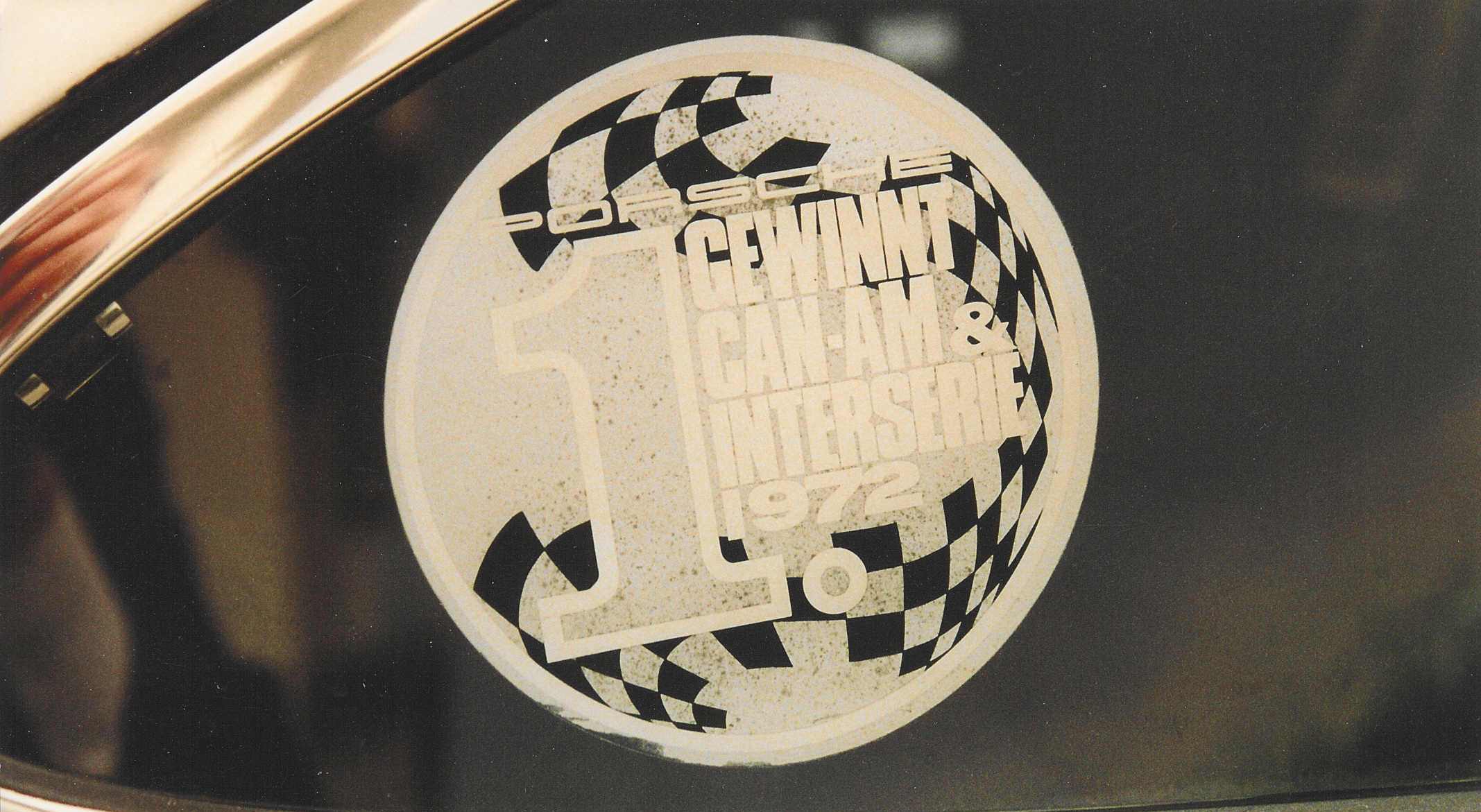 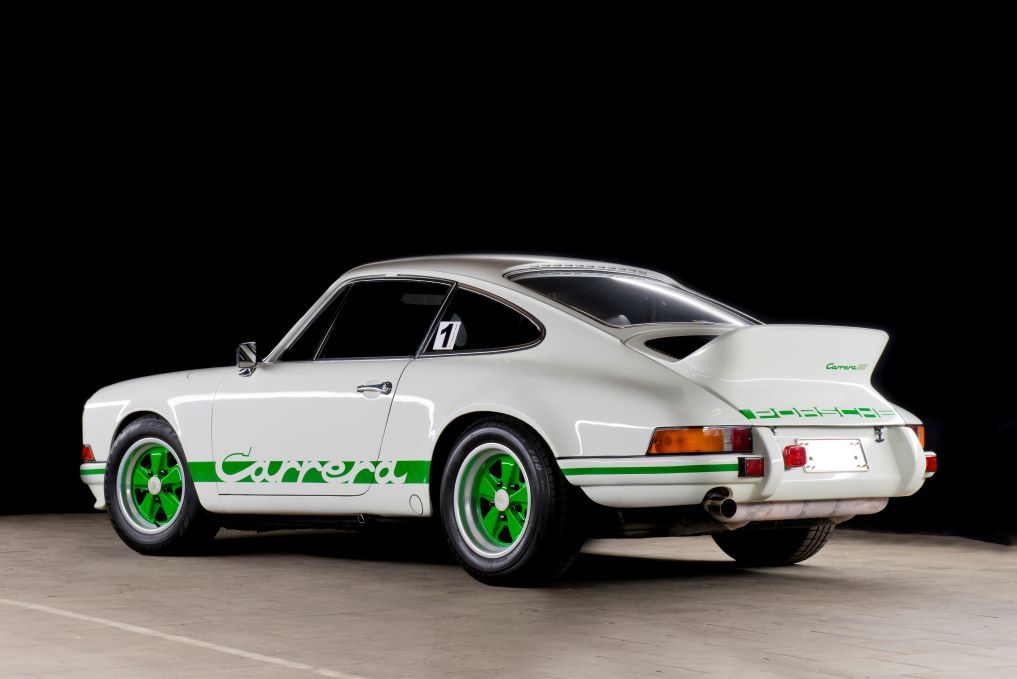 In order to further develop the 911 further and make even more competitive Porsche went on to enlarge the engine capacity to 2.7 liters.  The first prototypes did still have a 2.4 liter style front spoiler, no ducktail but did already have the rear wheel arch extensions in order to accommodate the larger rear rims (7” by 15).

Because Porsche also wanted to build a car that would be competitive in motorsport again.  Therefore 500 units had to be build.   The proposal of a 960 kg car with a 210 bhp engine out of a 2.7 liter with a top speed of 240 km/h at the attractive price of 33.000 DM made it an immediate success, as by November of 1972 (shortly after the closing of the Paris car salon) the first series of 500 cars had already been sold.

This success was so overwhelming, even to the believers at Porsche especially as the story of the “bean counters” is very well known:  they actually thought that Porsche would not be able to sell a more Spartan car at a higher price than the fully equipped S (until then the fastest 911).

Just imagine what Porsche 911 racing’s history would have been if Huske von Hanstein would have had his way back in 1967 with the planned series of 500 911 R’s?

The “out of use” Carrera name came back into the picture, and has been associated, in the past, with the most powerful, most exquisite models of a series (think back in 356 terms). The association with the Carrera name might have been one of the reasons of the faith the customers had in this new model.  It grew, as we know now, until being a cult car within the 911 series.

What added to the fantasy about this car was the fact that for the first time in series production front and rear rims had a different size, and thus the rear tires were wider than the front ones.  The front spoiler, associated with the rear ducktail, made the car faster, and gave it more downforce.  And then there were the color schemes.  Although all production colors could be ordered the “Grand Prix weiss”  was the official RS color.  Added to this were the colored Carrera striping and colored Fuchs stars (green, red and blue).  This colorfull decoration gave the streetcar a race car appearance and feel.

Add to all that the fact that the RSR (M491 version) of Gregg and Haywood won the 24 hours of Daytona in front of prototype racers and you have all the right ingredients for the car to become a cult car.

It is common knowledge right now that there are 3 distinctive Carrera RS’s, indicated by their codes:

And then to complicate matters there are throughout the 3 production runs 17 RSH (or homologation models).

A lot of discussion is going on about the meaning of lightweight.  It is true that the first batch of approx 500 units had a lighter gauche steel for certain parts of the body, making them in the true sense of the word lightweight, and thus they were lighter than the 2.4 S body (f.e.). Until the FIA requirements were met, all cars were first build as lightweights went to the TüV to be weighted and then came back to the factory to be finished according the requirements of the client.  So they were all lightweights, most of them being converted to Touring specs.

There is also a second approach to the lightweight theme and that is indeed the specs into which the cars were build.  One can find lightweight cars in the second and third series, as well as one finds RSR (M 491 converted into racing car) cars in the latter series.

Looking at the production specification sheets it can be noticed that RSH (homologation models) are to be found in the 3 batches.  This particular car was ordered on April 10 th 1973.  On the confirmation order document (n°3477) the color of the car was specified as being “Grand Prix Weiss” with green lettering.

It seems to be that the previous owner who ordered the car made an arrangement with the dealership to take delivery of the car in the month of May in 1974.

The car was delivered at the Antwerp dealership, and I remember (being 15 at the time) very well when it was delivered to its first owner, because I was lucky enough to be in the company of my grandfather (as he was also an RS driver).

Studying the photo’s one still sees the little AAM sticker (name of the dealership) on the back window. This sticker has survived 36 years of hardship (racing, Belgian rain, sunshine etc…) and is still pretty readable.

The car is one of the 17 non converted (RSH) examples, as you can find in the G. Konradsheim book.

Although there are some particularities with this car, as it was one of the last of the 3 batches. As production went beyond expectation Porsche did apparently have not enough of the specific lightweight parts to be build in the latter series.  One of the odd things on this car is that it does have the opening rear quarter windows. So I suppose Porsche ran out of the specific lightweight Sekurit glass and did build in parts of the production cars. On the other hand as being one of the last series it does have the shorter rear suspension arms, as used on all RSR, but only on the last approx. 100 RS’s build.

The first and previous owner of the car did use it as his daily driver and weekend racer.  He did successfully campaign his car in the Belgian Championship races from 1975 until at least 1977 and there is even proof that he continued racing his car until 1978.

He mainly campaigned his car in circuit racing, becoming twice Belgian champion in Group 3.  Once in a while he enlisted the car in national Hill climb racing.  On all occasion he raced his car under his pseudonym of “Alex”.

Today the car is in as near as original condition as you can find them.  As it was entered in racing for 3 or 4 years it was inevitable that, at some time they partially re-sprayed the car.   The trunk compartment for example still has its original color.  Even the black coating Porsche did put on top of the shock absorbers is still intact; meaning the car has never been in an accident.

The interior is still stock with the original rubber mats and tissue fabric.

After buying the car in 1995 the “Chef d’atelier” from Porsche Antwerp who was retired at that time did an overhaul on the engine and gearbox.  He also checked the complete brake circuit, brake saddles etc…We finally did not find all that much wear on the car, especially knowing that it had had a rather rough racing live.

Together with the car came an extensive and complete dossier of the car, with the original order document, invoice, Porsche specific writings and circulars, as well as the original RS brochure.   The cars documents were complete, with the service manual (well kept up to date) and the Carrera RS supplement as well as the workshop maintenance booklet.  Even the maintenance invoices from over the years were nicely kept within a ring binder.

The top of the bill was a complete album with all racing photos of the car over the different years.

Having an original RS (H) with racing history and results, still being mostly original, and still having the car in the same city as where it was delivered about 36 years ago is probably as unique as it gets. 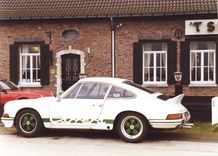 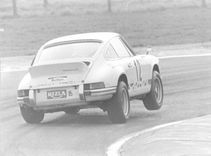 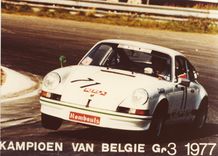 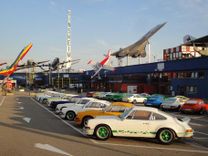 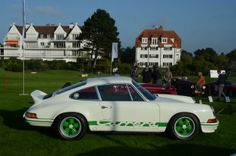 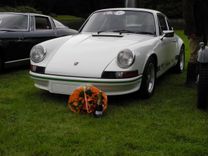 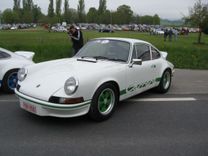 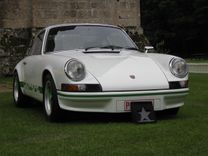