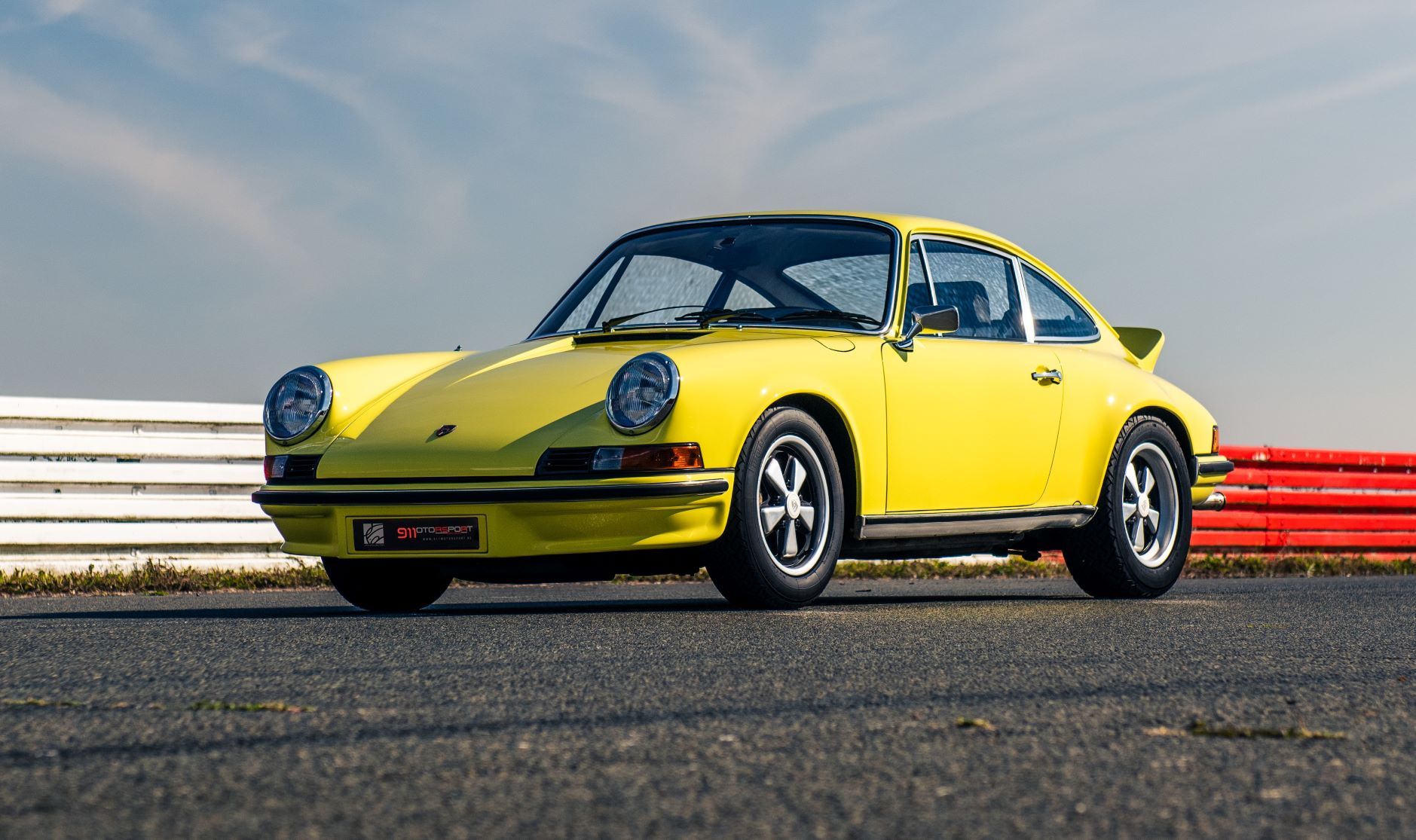 In order to further develop the 911 further and make even more competitive Porsche went on to enlarge the engine capacity to 2.7 liters.  The first prototypes did still have a 2.4 liter style front spoiler, no ducktail but did already have the rear wheel arch extensions in order to accommodate the larger rear rims (7” by 15).

Because Porsche also wanted to build a car that would be competitive in motorsport again.  Therefore 500 units had to be build.   The proposal of a 960 kg car with a 210 bhp engine out of a 2.7 liter with a top speed of 240 km/h at the attractive price of 33.000 DM made it an immediate success, as by November of 1972 (shortly after the closing of the Paris car salon) the first series of 500 cars had already been sold.

This success was so overwhelming, even to the believers at Porsche especially as the story of the “bean counters” is very well known:  they actually thought that Porsche would not be able to sell a more Spartan car at a higher price than the fully equipped S (until then the fastest 911).

Just imagine what Porsche 911 racing’s history would have been if Huske von Hanstein would have had his way back in 1967 with the planned series of 500 911 R’s?

The “out of use” Carrera name came back into the picture, and has been associated, in the past, with the most powerful, most exquisite models of a series (think back in 356 terms). The association with the Carrera name might have been one of the reasons of the faith the customers had in this new model.  It grew, as we know now, until being a cult car within the 911 series.

What added to the fantasy about this car was the fact that for the first time in series production front and rear rims had a different size, and thus the rear tires were wider than the front ones.  The front spoiler, associated with the rear ducktail, made the car faster, and gave it more downforce.  And then there were the color schemes.  Although all production colors could be ordered the “Grand Prix weiss”  was the official RS color.  Added to this were the colored Carrera striping and colored Fuchs stars (green, red and blue).  This colorful decoration gave the streetcar a race car appearance and feel.

Add to all that the fact that the RSR (M491 version) of Gregg and Haywood won the 24 hours of Daytona in front of prototype racers and you have all the right ingredients for the car to become a cult car.

It is common knowledge right now that there are 3 distinctive Carrera RS’s, indicated by their codes:

And then to complicate matters there are throughout the 3 production runs 17 RSH (or homologation models).

This particular RS, chassis 0672, was planned to exit the production facility on January 29 th 1973 and in fact left the factory on February 14 th (according to the factory Kardex).  The car was built with the M 472 conversion, so as a Touring and it was delivered in Italy and had following options:

The car left the factory painted in light yellow (117) and it did not carry the specific Carrera Striping on the side of the car.  After its stint in Italy the car was sold by 1985 by Corrado Cuppelini from Bergamo Italy to Michael Fisher.  Amidst the automotive community Mr. Cuppelini was world famous for his hunting of car treasures all over the world.

Michael Fisher drove the car in London and kept it on the Italian number plates SO 99495.

The pictures below were obtained through Mr. Michael Fisher and the numberplate as a breakthrough in unveiling the cars Italian history.

Once in the UK this RS was always maintained as a driver by its different owners.

When researching the car we found out that this particular RS was featured in John Starkey’s book “From R to GTR” as a reference of a Touring version of the RS.  Pictures of this feature are shown below.

Apart from researching the car went through a thorough inspection for two days in order to establish that it still carried all its lightweight body panels (roof, doors, fenders and hood).  The car is very original, the floor trunk, interior compartment and engine compartment are still in its original state. Over the years it is obvious the car has been resprayed.  This RS is clearly a winner in the preservation class it it would compete in a concours elegance.

After the paper trail research and the thorough inspection of the car, chassis number 0672 became part of the “JFD Collection” in 2020.

For the anecdote the myth for the RS came from an experience in the owners youth.  Indeed when he was 18 years old (1977), just having his drivers license his grandfather who owned a light yellow RS, gave him the keys of the car to drive it for a week.  As a 18 year old the actual owner did not have the money to fill the car up, and therefore asked his grandfather for some cash.  He went into his pocket and magic happened as he showed and handed over a 5.000 BEF bill (that would be approx. 124 €).  At the time it was enough to drive the car hard for a week.  Today that would only be barely enough for one re-fill up, to cover a corresponding 400 to 500 km/h distance.  In the day, although speed limits on the highway were already in application the top speed of 245 km/h were reached more than once in that “wonderful” week.  What a memory!!!

Above: two pictures of the RS owned by the grandfather of the actual owner. 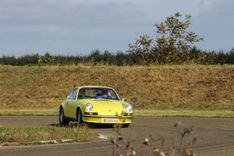 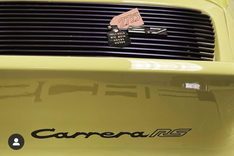