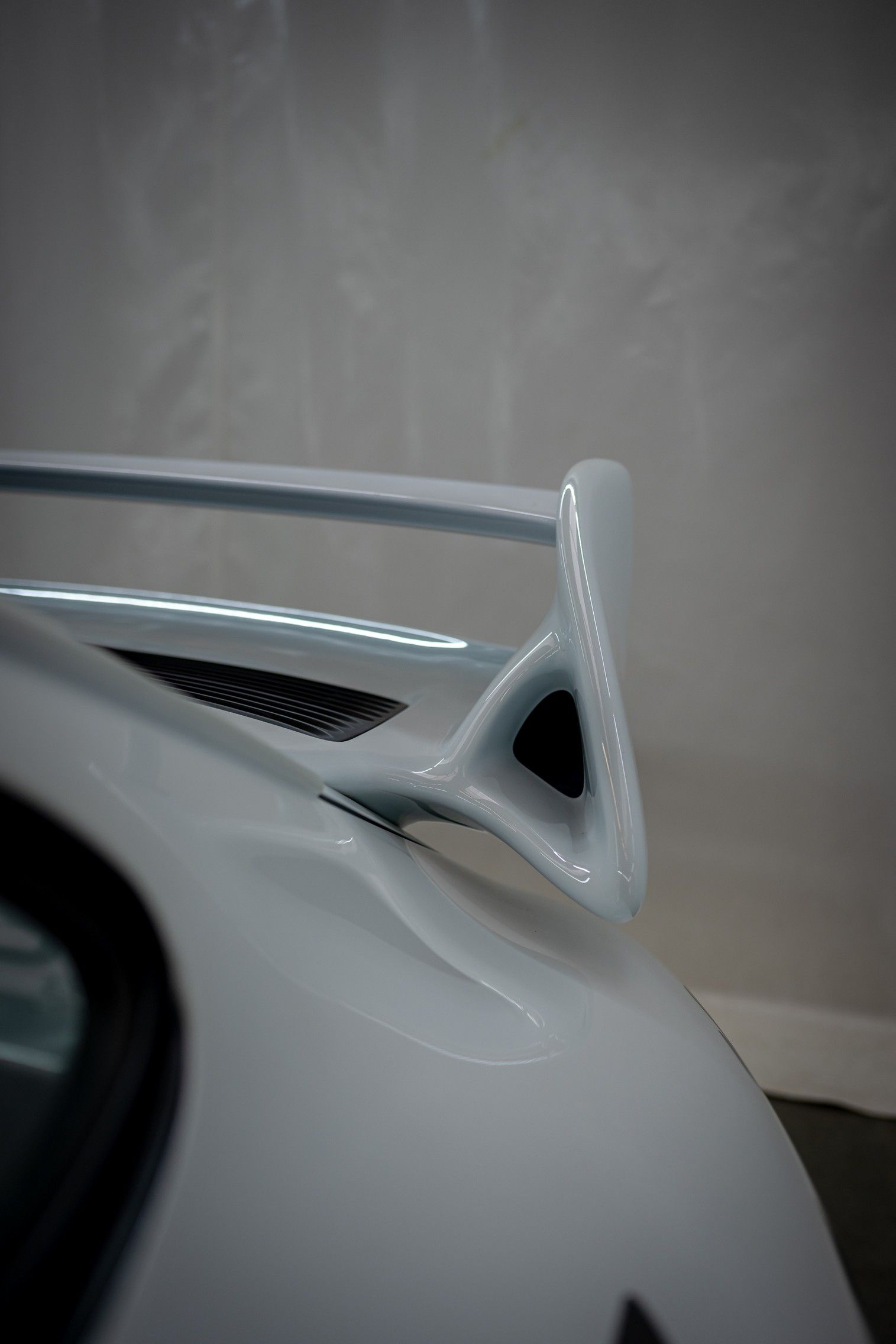 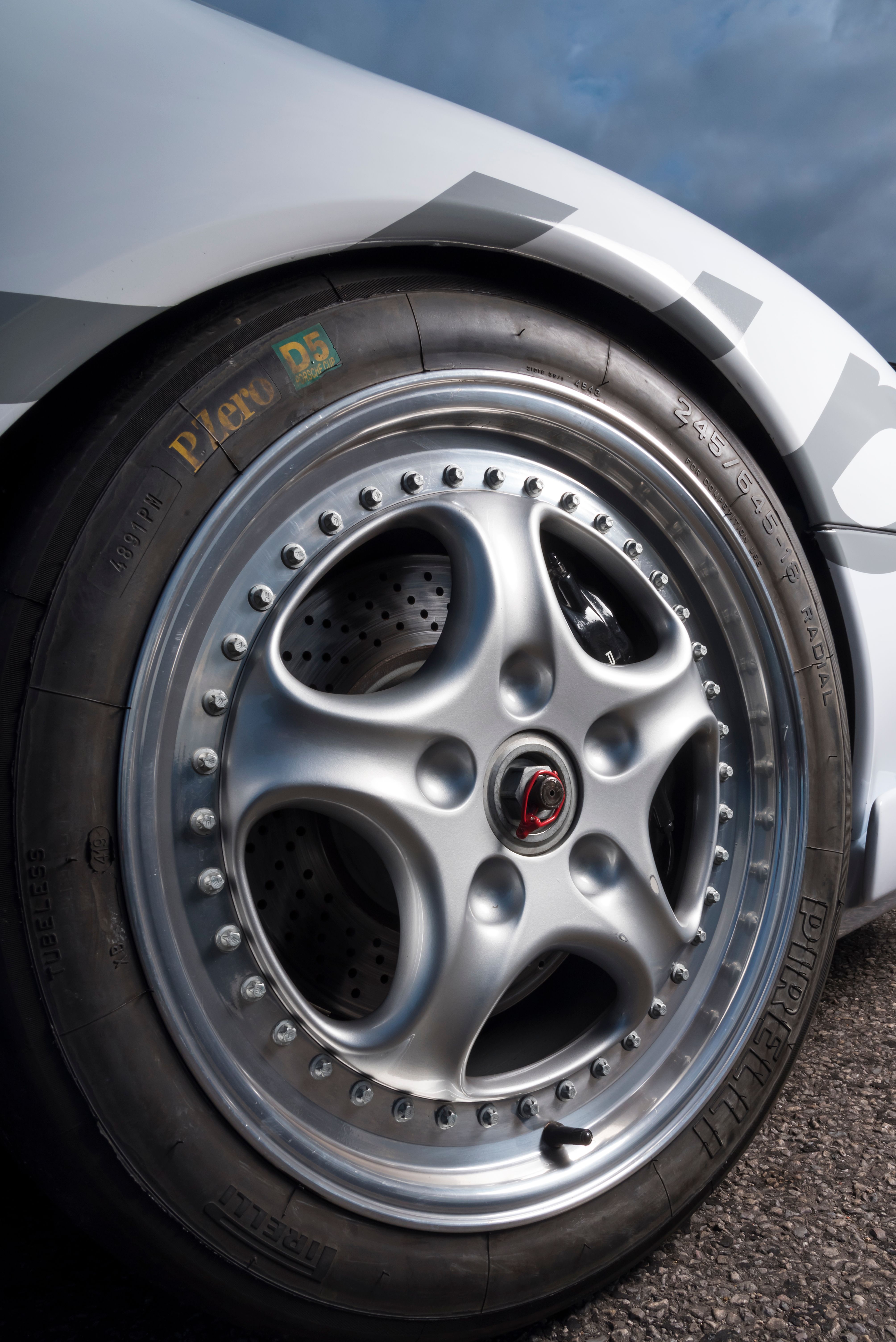 In 1990 the 964 Carrera Cup replaced the 944 Turbo Cup, in the one marque series championship.

In 1994 the 964 was replaced with the 993 model. The Porsche Cup 3.8 competed in the Super Cup series which was stage before the European F1 races.

Race engineer Roland Kussmaul started the development of the Cup series back in 1993, so lbefore the presentation of the 993.  He, with his team developed the 964 Cup that was largely based on the Carrera RS.  With the 993 series Kussmaul and the racing department developed a pure-bred sportscar with a racing engine largely developed from the 3.8 RS engine and which generated 325 bhp in RSR trim whereas in Cup development it made 310 bhp at 6.100 rpm and had a maximum torque of 360 Nm at 5.500 rpm (in the last iteration horsepower went up to 315). The gearbox was a reinforced six-speed transmission, and the chassis was set up for racing.  Roland Kussmaul commented at the time that: “the new multi-link rear axle in the series production Porsche comes very close to a double-wishbone construction” ([1]).

The racing suspension sat about 70 mm lower than the production, and the wheels chosen where the Speedline 8.5J X 18 in the front and the 10J X 18 in the back.

This particular 3.8 Cup is most probably THE FINEST 3.8 Cup in the world…bar none. It was bought by Rober Miller from At Speed Motorsports Inc. as attested by a letter from Porsche North America per 28 September 1998.  The car was only driven by Jürgen Barth as stated by Robert Miller and Mr. Miller himself. When Robert Miller sold the car to the actual owner (2 nd owner) he described the car as follows:

“It is completely original except for a repaint on its rear bumper.  It’s engine has the original factory lead seals, all suspension, body work, transmission, glass, plexiglass, brakes and even the clutch are all original. The car was purchased directly from Porsche’s Weissach Racing arm & arrived with only 17 km on the odometer.  It has only 53 hours on its chassis and has only travelled 4.920 km”.

The car was bought by the actual owner in September 2014. When it arrived in Belgium the odometer showed 4.920 km and since the car has been driven sparsely been as today the odometer shows only 5.034 km on its display.

The cars specifications are:

This 993 3.8 Cup car of which only 15 were produced in the last year 1998 is an absolute unicorn. A super Low mileage car that has done no professional racing, that still carries its original paint (after 24 years) in Glacier white (L3AU) and where the actual owner is only the second caretaker of the car, is an absolute unique proposition.

The car also comes with a raft of NOS original body panel parts, as well as wheels.

Call or inquire about the price for this unique opportunity and we will be more than glad to assist you.

[1] Berlin Motor Books: The Porsche 993 in the Carrera Cup and Super Cup by Thomas Nehlert. 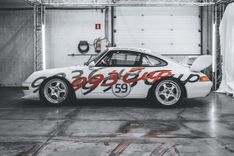 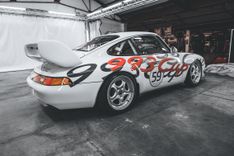 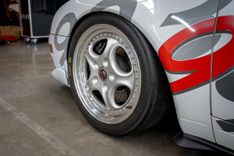 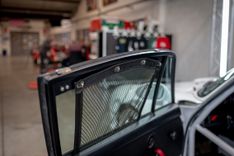 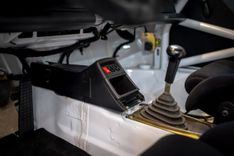 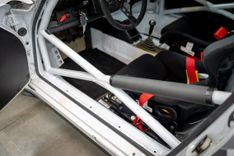 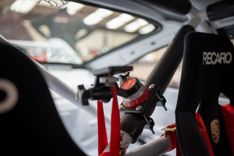 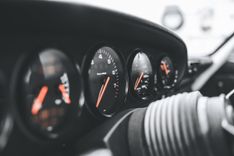 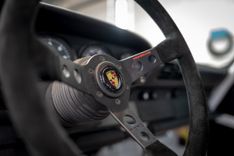 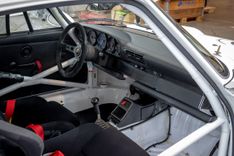 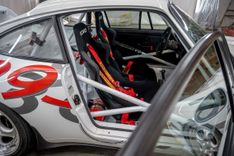 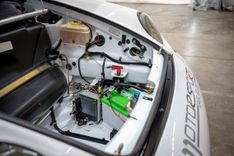 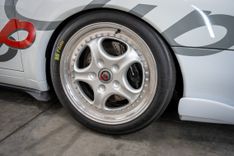 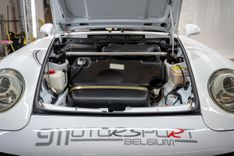 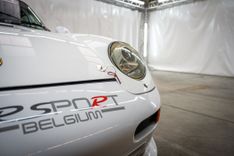 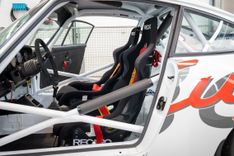 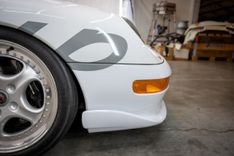 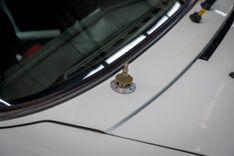 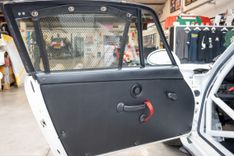 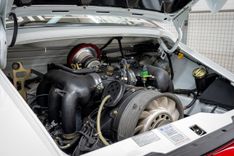 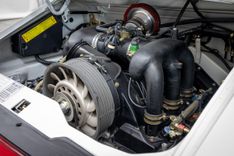 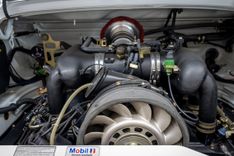 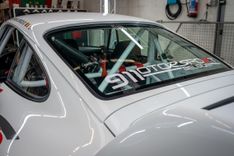 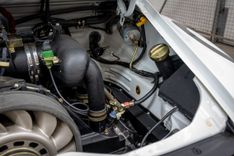 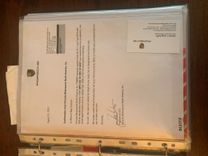 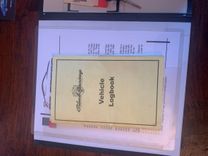 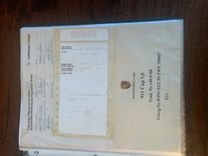 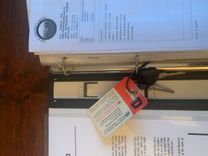